Hi everyone, and welcome back to another blog post direct from Méribel. Recently over the New Year period a few of us took a hot chocolate stop in the wonderful Bouc Blanc mountain restaurant above Courchevel La Tania. Just as we were leaving we spotted some photos on the wall of a number of Courchevel piste markers, this collage display looked really cool. I thought it was such a good idea, then I realised I could copy this for my blog page, with an added twist.

It's quite common for me to be asked by clients what my favourite piste is in Méribel, and my usual answer is "any piste with good snow." Whilst this is partly true, it could be argued that this is a slightly lazy answer. I'm now disturbed enough to make amends, and put on record which are my top 7 favourite pistes in the Méribel Valley. How difficult could it be to whittle the list down to 7? Really quite tricky, especially because I couldn't decide if the list of pistes are ones where I would be free skiing, or for when I'm ski teaching. In the end, they blended well together. So here goes, drum roll please......... my top 7 favourite pistes.

The famous Blanchot green piste is an icon, which also doubles up as part of Méribel's 18 hole golf course in the summer. Accessed by either the Rhodos bubble and also the first stop on the Saulire Express bubble, it is a beautiful wide rolling green piste. It is aimed at beginners taking their first slide on a piste away from a nursery slope. Served perfectly by the Altiport eight seater chairlift, so you can loop around and around to your heart's content. Any standard of skier will enjoy this piste, and also the spectacular scenery looking down the valley. Méribel is very fortunate to have such a good piste for beginners to build their confidence.

The Lapin blue piste is a beautiful piste that meanders down to Méribel Village. Accessed by either the Golf chairlift that comes up from Village, or by extending your ski from the Blanchot piste and continue onto the Lapin. Perhaps like many pistes, the best time of the day to ski down it would be first thing in the morning. Why? Most people who stay in Méribel Village go up on the Golf chairlift, and then continue further up the mountain, instead of skiing back down the Lapin piste.

When I'm ready to introduce a blue piste for the first time with my clients (from skiing greens), Lapin is my 'go to' option. I will help build their confidence on the Blanchot, and then ease them onto the Lapin. The average gradient is low enough, especially compared to many steeper blue pistes on the mountain. There is just one section that is a little steep, however this is a great opportunity to practice and perfect the useful skill of slide-slipping.

When the weather is a little stormy, Lapin is often a good choice to shelter from the wind. And because it is tree lined, low visibility is less of an issue at this altitude thanks to the trees helping with the definition of the gradient.

Some would judge the Geai blue piste a bit of a curve ball to be on this list. However there are a couple of reasons why it deserves a shout. Located underneath Saulire on the West facing side of the Méribel valley, it can be accessed by the Dent de Burgin chairlift. Some would class this blue piste to be a little feisty, in other words in some resorts it could be categorised as being a red piste. What I like about it is that you can loop around on this piste reasonably efficiently by using the quiet Dent de Burgin chairlift, avoiding any queues. This piste isn't part of any busy main links, which for me has quite an appeal. Plus, on those chilly afternoons, it is bathed in afternoon sunshine. If you are wanting a steady confidence building cruisey blue piste, then I'd avoid it. If you like a challenging blue, that also often has nice soft snow off to the side of the piste markers, this might be for you.

This piste is so good that I have awarded it two photos! Located up and above Méribel-Mottaret, it is accessed by either the Combes chairlift in Mottaret, or via the Tougnete chairlift using the Dahu red piste. Coqs has such great character with different gradients, sometimes fairly steep and less so in other places. For some reason it isn't one of the more popular routes, which means that it is normally quiet. The biggest attribute of this piste is its aspect, which is mostly north facing. This means that the snow doesn't transform anywhere near as much as most other pistes from the strength of the sun, no bad thing when we reach the later part of the season.

I hardly ever name drop, it's just not my thing, however please do forgive me this one time. A few winters ago I was asked by the ski school to ski guide for a couple of days with a member of the British Royal Family and his bodyguard. CLANG. It was late March, and particularly warm. The challenge was to find the best possible snow conditions, which meant going high and staying on north facing pistes as much as possible. When we skied down the Coqs piste, it still had amazingly nice dry and grippy wintery snow even in the spring. "Great choice of piste there Martin, I'm impressed" said His Royal Highness.

The Mouflon red piste has really grown on me over the years. Located at the top of the 3 Marches peak, accessed by the Plattieres 3 bubble in the Méribel Valley, or the Granges and the Roc 2 chairlifts above Les Menuires. The top of Mouflon is at a lofty 2,700 metres, which means the quality of the snow is usually very good due to the lower temperatures. Also at this altitude whenever a storm passes through, a considerable depth will fall. Another advantage similar to the Coqs piste mentioned a moment ago, is the North facing aspect, a real advantage during the warmer weeks in Spring. If you keep a close eye on 'Les 3 Vallées Addict' app, you can monitor mountain information which includes whether it has been prepared overnight by the piste bashers. Skiing down the Mouflon piste is an option when returning back from Val Thorens to the Méribel Valley towards the end of the afternoon. This gets rid of the need to use the busier Lac de la Chambre piste that most people tend to favour. Mouflon, a slow burning grower with me, now firmly up there in my favourites list.

The Face black piste, towering over Méribel Town, has quite a reputation. Located on the East facing side of the valley, and only accessed by the Olympic chairlift which was built for the 1992 Winter Olympics. When there are moguls on this piste, they are big, very big. But when it has been prepared by the piste bashers overnight, and you are one of the first to ski down - there's nothing like the feeling of almost free falling down the piste with your skis staying in contact with the snow. It is one of those pistes where you drop vertical metres quite quickly, and before you know it you are nearly at the bottom again with your legs reminding you how they can BURN. A top piste if you are up for the challenge.

So there you have it, my top 7 pistes in the Méribel valley, I hope you liked it? In fact, I'm telling a slight fib - one of my top top pistes hasn't been mentioned here, mainly due to the fact that I want to keep quiet about it! I can't have half the world skiing down one of the quietest pistes in Méribel can I? Some of the people who I ski with regularly can probably guess which piste it is and would feel the same. I wonder if I should make another list of favourite pistes soon, after all, Les Trois Vallées does have two other valleys you know away from Méribel. Live With Passion. Martin. 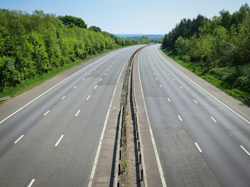 Hi everybody and welcome back to another post. I hope you are all safe and well, and coping admirably during this period. Since the previous post, click here if you missed it, I've been staying at home as instructed and also heading out on my road bike several times a week.